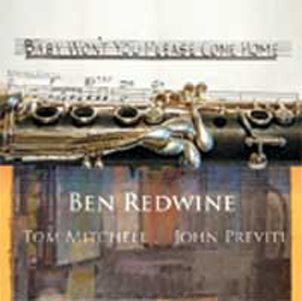 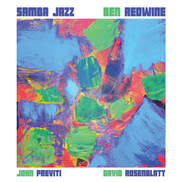 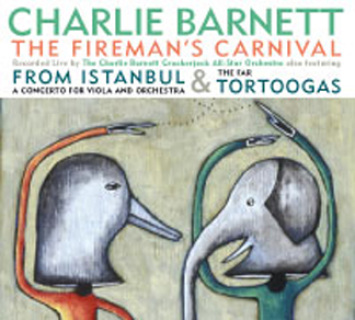 $15.00
Add to Cart
Written in 2007 for Ben Redwine, check out this studio recording of "Fireman's Carnival", written by Hollywood composer Charlie Barnett.  Ben solos with the Cracker Jack All Star Orchestra in five movements evoking images from a child's memory of a town carnival, with all of the emotions related to a carnival, from the joyousness of the fun house to the dark connotations of the freak show. 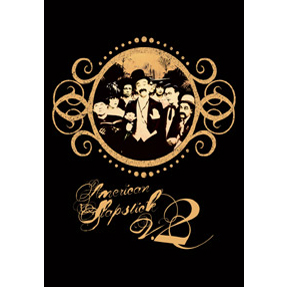 $30.00
Add to Cart
They were the bad boy superstars of the Jazz Age. They told jokes without words, with punch-lines made from brickbats and cream pies. At a time when pop culture was in its infancy, they made movies that would last for ages. They dressed in drag, wore crazy moustaches, showed a complete disregard for private property, and drove way too fast. This 3-disc collection is their legacy, a deluxe sampler of silent comedy rarities, B-sides, and one-hit wonders. The RedwineJazz Trio can be heard throughout the disc set during the menu music, specially written by Ben Redwine for this release.

These never-before-on-home-video comedy shorts have been mastered from archival elements and rare collections, some of them previously thought lost altogether, and are presented with new musical scores. Hold on to your porkpie hat here comes AMERICAN SLAPSTICK VOLUME 2! 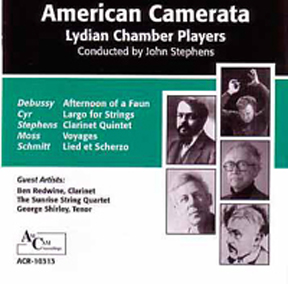 $15.00
Add to Cart
Ben Redwine commissioned John Stephens, Artistic Director of American Camerata since its inception in 1974, to write Quintet for Clarinet & String Quartet. Its uniqueness lies in the work having been written for a soloist who, in the course of the piece, plays three different clarinets in Eb, A and Bb. The instrumentation, as suggested by Ben Redwine, became an integral part of the composing process for the work. Also on the CD American Camerata Lydian Chamber Players recording are Afternoon of a Faun by Debussy, Largo for Strings by Cyr, Voyages by Moss, and Lied et Scherzo by Schmitt. 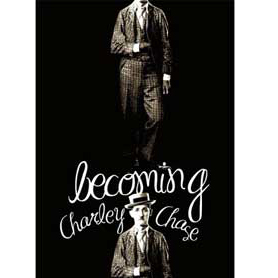 Name a comedian in the first part of the 20th century--Charley Chase worked with them, either on or off screen. He was a brilliant comedy writer, film director, and a major movie star. Almost single-handedly, he transformed the world of screen comedy from chaotic slapstick violence into a newly sophisticated comedy of manners, and laid the groundwork for the modern sitcom.

He was the world's biggest skinny man--and this is where his legend begins.

This deluxe 4 disc collection provides a comprehensive look at Charley Chase's early years, from his days as a budding talent at Mack Sennett's Keystone Studios to becoming one of Hollywood's most in-demand comedy directors to his breakthrough as one of the top box office draws of the 1920s. 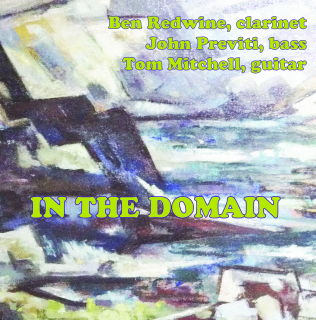 In the Domain, released by Vin Rouge Records in 2013, features the Redwine Jazz Band: Ben Redwine, clarinet, John Previti, bass, and Tom Mitchell, guitar. Tracks include several original compositions by Ben Redwine, and Ben scoured songs from the "Great American songbook" which were in the public domain to fill out this swinging CD! Packaging is produced on recycled paper, for an environmentally friendly jazz party!